The Chain Bridge (in Hungarian: Széchenyi Lánchíd) is the oldest bridge over the Danube in Budapest. She is the fifth bridge, if one goes downstream. The 380 meter long and 14.5 meters wide bridge is located between the Adam Clark Square (Clark Ádám tér) in Buda and the Roosevelt Square (Roosevelt tér) in Pest and dates from 1849. Officially called this very busy bridge since 1899 the Széchenyi Chain Bridge (Szechenyi Lanchid), to Count István Széchenyi, the man who took the initiative to build.

The Chain Bridge is based on two pillars, antique triumphal arches which have served as examples. Two stone lions, designed by János Marschalkó, ensuring both sides for a silent monitoring. They were placed in 1885. The Chain Bridge was built between 1839 and 1849 to a design of the British William Tierney Clark. The management of the building was owned by his namesake Adam Clark, after whom the square on the west side of the bridge is named.

In January 1945 Hitler's troops blew up the bridge on the advance of Russian troops led by Marshal Semyon Timoshenko to slow down. In 1949 she was back in its original built form. The inauguration took place exactly one hundred years after the inauguration place on November 21.

The Lánchíd is to be seen on the old and the new (since 2009) 200 Forint coin.
Age
Overnight stay
Hotels
Budapest
Campings 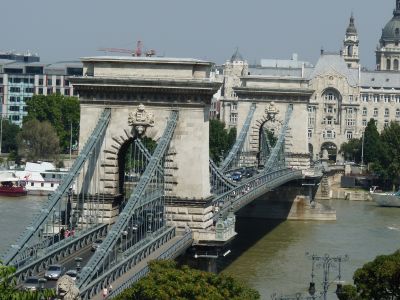 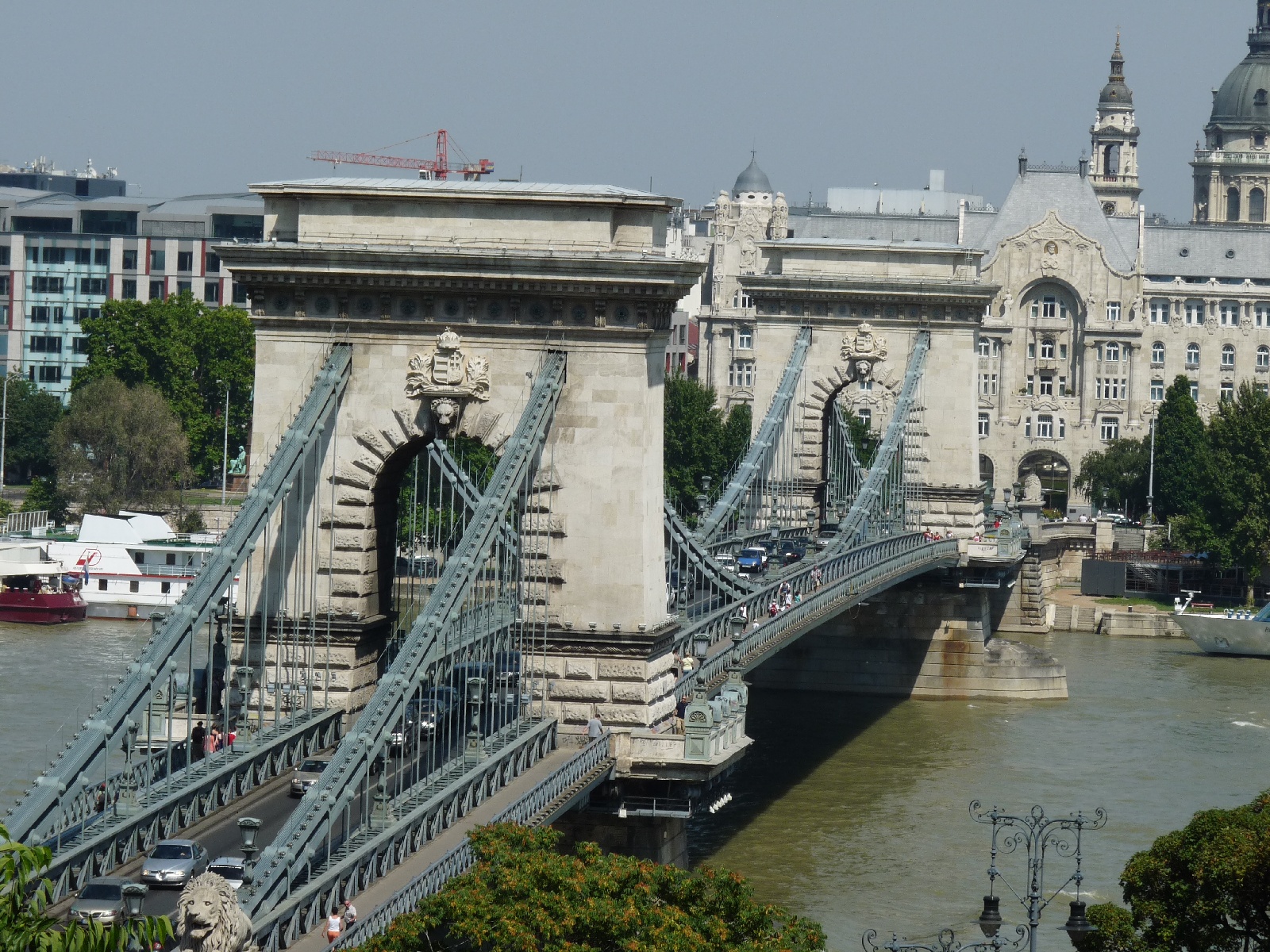